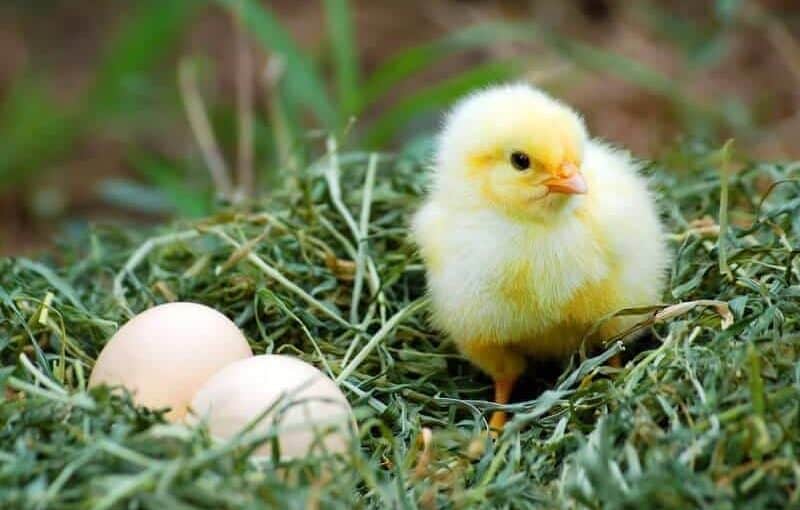 Keeping a free-range flock sounds great…but you live in the suburbs, and have a 5,000 square foot lot. So a free-range, roaming-around flock isn’t going to work very well. Your chickens will end up on the neighbor’s porch (which happened to me once, ending with me scrubbing chicken poo from the neighbor’s steps).

​The Case Against Suburban Free-Range Chickens…

For layman’s purposes we’ll define free-range as a bunch of chickens roaming around your yard. The first reason you don’t want your chickens roaming free is because their feet are essentially those garden tools that are a handle and three tines. Chickens are hyper efficient at digging. I’ve had points in my life were I’ve only had three hens, and those six living garden tools were able to tear up a garden’s worth of tulip bulbs in one afternoon. They didn’t want to eat the bulbs; they were just scratching for invertebrates and various seedlings, and the tulip carnage was just a byproduct. Fascinating to watch; annoying to clean up.

Another reason it is impractical to keep a free-range flock in your suburban back yard is that chickens are a prey to all. Sure, worms may fear the chicken, but the chicken fears everything else. In my own personal chicken keeping years, I’ve witnessed multiple dog attacks (even though my yards were fully fenced), raccoon attacks (that was one of my first hard-learned lessons on coop design), and hawks coming in from seemingly nowhere. And these were things that happened within 60 blocks of a downtown city.

To me, the coop is almost as fun as the chickens themselves. One of my joys in life, in fact, is building a coop. I tend to not follow designs, blueprints or patterns; I just start building. Hence, my coops over the years have worked very well…but may not have been pieces of architectural art. However, the amount of fun I’ve gotten from the building process has been immeasurable.

Some chicken-keepers find the coop part a drag, and so buy a pre-made coop, of which there are many for sale online and at your local feed store, and I even saw some at Walmart. Suffice it to say, there is a large range of attitudes toward the coop. There are people who wouldn’t dream of doing anything but building their own, people who want to build one but would only do so via following a strict blueprint, people who get help from a friend or spouse, and people who want to buy one. There is even a business (link: https://www.omlet.us/images/originals/george_delivery_van.jpg) that will deliver, while you are at work, a fully built mini coop, chicken feed, water, and two fully grown hens that are already laying eggs, right to your back yard. Talk about instant gratification!

What size of coop should you build or buy? One thing that has always tickled my fancy is a mini-coop, for urban dwellers. I have built coops for up to 25 chickens over the years, but some of my favorites to build, and even just peruse pictures of on the ‘net, are cute little coops, for just two hens. As an aside, I do recommend keeping a minimum of two hens, as one gets lonely, which is made evident by how they make more noise, as if calling to imagined chickens elsewhere. I once raised a solo baby bantam chick by hand, when I lived in an apartment, in a very large indoor cage. She grew no bigger than a cockatiel, which people keep indoors all the time, and whereas she got very tame, and laid eggs, she was also lonely, and began to do a pseudo crow, which solitary hens sometimes do. And crowing wasn’t really appropriate for an apartment setting.

So if you live in an urban setting, with just a small townhouse or duplex, can you keep chickens? If the city codes (link: http://thecitychicken.com/chickenlaws.html) in your city say you can, then it can be done! Chickens are easier than keeping a dog, in my opinion. On my website (link:http://thecitychicken.com/tractors.html) I have collected pictures over the last 15 years of coops of a number of sizes, but the vast majority of coop pics are of small coops made for suburban or urban settings. Here’s a link to a coop that is cleverly built to be tucked right next to a garage, in a walkway, or between two properties. (links: http://thecitychicken.com/hhotm25.jpg) I have always been so tickled by this idea of utilizing space in this way; it shows that you can keep two or three hens nearly anywhere; chickens aren’t synonymous with “farm” in the slightest.

There are many opinions as to how much living space a single hen needs. Some people raise hens in tiny cages (think: egg industry) and some people say we should never coop up chickens and they should always be free-range. That’s a large range of opinions. If you Google, “How much space does a hen need,” you will come up with many opinions.

Many authorities talk about square footage of ground space per chicken. Some insist that 2 sq feet per chicken inside of a coop is the minimum. Other folks say the absolute minimum is 4 sq ft per chicken. So as you can see, right there, that one expert gives a number 100% higher than another.

So I’ll throw my two cents into the ring, too: I think closer to 4 sq ft per chicken as a minimum is more likely to work out the best, especially if you plan to keep your chickens in their coop the vast majority of the time. And of course more space, if you have it. This measurement, by the way, would be for the part of the coop that is on the ground. The “sleeping quarters,” or hen house part where they sleep and lay eggs, would be sort of bonus square footage. Now, if you imagine 4 sq ft times two, if you’re keeping two hens, you can imagine that this isn’t a very big coop. And that’s cool! Anyone can find a place to tuck such a coop on their urban property.

We used to joke that, due to chickens being not the brightest creature in the animal kingdom, when a chicken turned around, it would think, oh! what’s this area? I haven’t been here before! And do that repeatedly. It doesn’t take much space to “amuse” a chicken.

With that said, what does amuse a chicken? I’ll tell you right now, it’s two things: pecking and scratching. If humans were only that easy to please! Scratching up the ground and looking for, well, chicken stuff, is a chickens raison de etre, and they literally never seem to stop doing it.

This is why one should keep one’s chickens on the ground. This simply means not in a rabbit hutch type set-up, where the “ground” is a cage bottom, as there is nothing for them to scratch at. A chicken living in a large rabbit hutch type thing does indeed allow the droppings to fall right through the floor. But it is taking away basically the one thing a chicken likes; the dirt.

Years ago, I happened across an ad for free chickens. They were two bantam hens that had been living in a rabbit hutch. The owners said sure, I could have their hens, but they wanted to visit my house and see if I’d be a good owner first. I was rather incredulous about this, as when they brought their little bantam hens to my house to poke around my chicken set-up, I could see the maltreatment the hens had endured.

They had been kept in a wire-floored cage, and thereby never able to scratch. Their talons were terribly over-grown. The owners had been feeding them nothing but cracked corn. A diet of solely cracked corn is equivalent to humans only eating donuts. Pure carbs, no vitamins or protein at all. So when I picked up one of the hens, it’s body was literally mushy. I was taken aback by this bizarre feeling, but said nothing. I just thought, “And they want to inspect myhouse.” They gave me the hens, and the first thing I did was trim their nails, and set them on probably the only dirt they’d seen in a long time. A week later they started laying eggs again.

A small coop that is on the ground and has no bottom is generally known as a “chicken tractor” or “chicken ark.” This kind of coop gives a chicken pretty much what it needs in life; a place to scratch.

What if your two hens have scratched the ground bare in their “chicken tractor?” Which, by the way, they will do within the first 3 days you own them, no exaggeration. My solution has always been to regularly throw stuff into the coop for them to scratch through. After I mow the lawn, I throw a lot of the grass clippings into the coop. The chickens love it, they eat some of the grass, and have something to scratch through for awhile. After I weed the garden, I throw all the weeds in there, too. That big pile of weeds was like Christmas to the hens.

But most of all, I throw our kitchen scraps into the coop. For centuries, people have saved any scrap of food not used and would feed it to the chickens or pigs. But in modern times, some experts will say not to feed your chickens people-food. I will just have to disagree on this point. I have never been able to see how some left over Cheerios or toast crust will harm a chicken, if they also at the same have free access to layer pellets The chickens get some variety, and the humans aren’t wasting food and filling up landfills, and the scraps turn into eggs.

Even when I was a kid, my mom kept a pail next to the sink, and scraped all food scraps into it, and then when it was full, would go outside, tap the bucket, and the chickens would come running, and fast. The times in my life where I haven’t have chickens, one of the things I have missed the very most is the lack of a “chicken bucket” next to the kitchen sink. I had to throw our food scraps into the garbage, and it drove me nuts every time. To be humorous, I’d tell the kids, “Please scrape your dinner plates into the chicken bucket!” meaning of course the trash.

20 DIY Chicken Coops that You Need in Your Backyard

Caring for Baby Chicks: The Tools You Need

Which Chicken Incubator Is Right For You?

Pickin’ Chickens: How to Choose a Breed