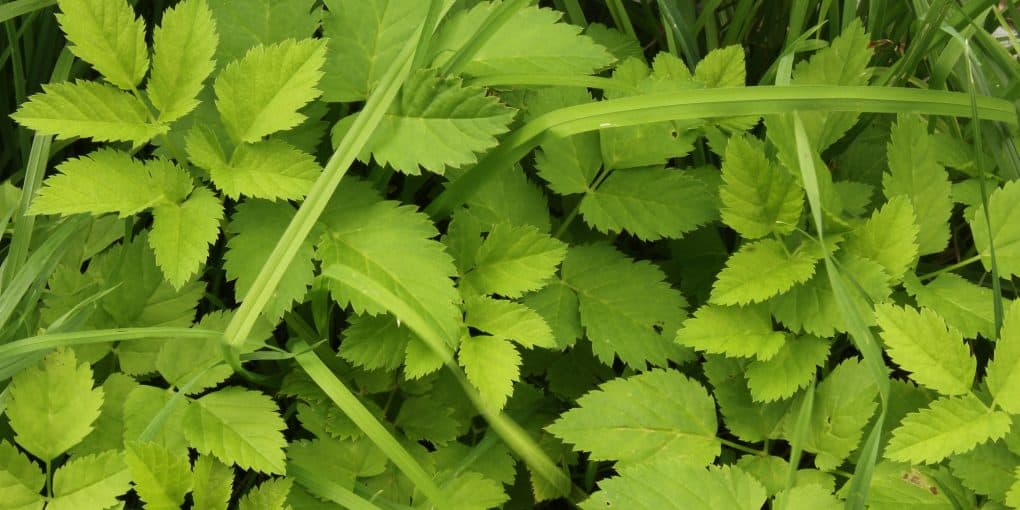 What is Goutweed and How Do I Get Rid of It

Goutweed. Ground elder. English masterwort. Herb Gerard. Bishop’s weed. Snow-in-the-mountain. Gout Wort. Aegopodium podagraria. It doesn’t matter what name you call it by, this plant is known best as the bane of many a gardener’s existence. Native to Europe, this invasive species has rooted its way into yards and gardens internationally, stretching the U.S. from Maine to South Carolina, out to Montana and the Pacific Northwest. It has dug its way into Australian and Tasmanian soil, and devastated Russian farmers.

A hardy perennial, goutweed is planted by novice gardeners charmed by its variegated leaves and resilience. Much to these gardeners’ chagrin, it is also seemingly impossible to remove from your garden once it has taken root in the soil. And despite hacking away, mowing it down, or covering it in noxious chemicals, for most gardeners, the stuff just keeps coming back. Why so resilient? A rhizome, its root system is interconnected; new shoots of goutweed spring up from the root system of the plant beside it, meaning it’s more work than just uprooting a handful of weeds like you may dandelions. Instead, this beast of the garden stretches its roots wide, burrowing just about everywhere – including around the roots of some of the more delicate plants you’ve been toiling over.

Thankfully, aside from up and moving to a goutweed-free part of the globe, you have a few options for eradicating – or at least mitigating – this pervasive grower.

The kneejerk reaction most of us have when a plant is growing that we want out is to uproot it. Unfortunately, unless your patch of goutweed is small – and let’s get real: if you have goutweed, it ain’t just a small patch, friends – uprooting it won’t help. If anything, it makes things worse. If you happen to drop a piece of the uprooted rhizome in your garden, these babies can propagate from a stray piece – even tiny ones – starting the problem all over again in another part of the yard.

Instead, author and gardener Niki Jabbour over at Savvy Gardening had a recommendation: spraying horticultural vinegar or citrus oil on the plants, killing them over time. In her experience, the horticultural vinegar eradicated all the goutweed for a year, when one stray shoot showed itself the following summer. However, to be effective, she had to reapply more than once.

If you’re not the kind of person who is comfortable making your own spray from vinegar – or you’re wary of impacting your soil’s pH with all that vinegar – you can try the most common method of eradicating goutweed: covering the entire impacted area with thick, black plastic and cooking them under the heat, devoid of sunlight…for a year. While effective, many gardeners – myself included – balk at the thought of spending a whole year with a giant piece of plastic gracing their yard.

For a prettier, but just as lengthy fix, try smothering the goutweed by covering it with a piece of cardboard larger than the affected area by several inches, then burying said cardboard in mulch. Let this sit for one to two years. After that, gardeners can plant directly on top of the mulched area, granted no goutweed shoots have shown themselves there in the past twelve months.

I’ll be honest, these techniques sound like we should just admit defeat. Throw in the trowel, let the goutweed take over, and hang up our overalls. What could we possibly do to overtake this herculean growth?

As it turns out, that weed that’s been choking out all your lettuce and spinach and kale this year? You could have been eating it the whole time instead! A member of the carrot family, goutweed is bursting with health benefits, and has traditionally been used to treat arthritis, bladder conditions, and – you guessed it – gout.

With its edible leaves and stems, it turns out goutweed is a free, abundant source of daily greens – so long as you pick it far from the roadside, where it can absorb toxins. And apparently it’s tasty, too – Hilda from Along the Grapevine likens it to “a cross between carrot and parsley with a hint of celery”. Yum. Here, she uses it in a chimichurri sauce.

If chimichurri isn’t up your alley, there is an abundance of other ways to incorporate that goutweed taking over your yard into your daily diet, getting a hearty serving of leafy greens in the process. Like this simple recipe for goutweed soup from the folks over at Tofu For Two. Or, for a soup that’s a little more adventurous, there’s always this goutweed soup with coconut milk and tofu from Vegan Sandra. Creamy, frugal dreaminess from your own backyard – without even trying! Some other ideas for cooking with goutweed are hortapita, muffins, pesto…you get the idea. Anywhere you’d put greens, sub some goutweed for a fresh twist. After all, you know what they say: when life gives you goutweed, make chimichurri sauce.

As with all wild foraging, it’s important to note that you should only cook with goutweed if you have positively identified it; if not careful, it can be mistaken for poisonous plants such as water hemlock. The best way to be sure? Look for a local edible plant walk. Most towns and cities have a group that offers one. Check Meetup’s Foraging page, or simply google plant walks in your city.

And if you’re at your wit’s end with the goutweed in your backyard, remember: you can always invest in some goats and sheep.

What you need to know about growing hibiscus

What Cucamelons Are and Why You Should Grow Them

Out of Space to Plant? 5 Easy Options to Make More Room